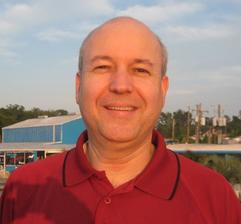 KENNETH M. CORBETT, National President 1989-1991 (Zeta Chi), from the University of South Carolina, was elected National President at the 35th Biennial Convention in Stillwater, Oklahoma. During his eight years as a member of the National Council, the Fraternity experienced significant growth in membership and financial stability. A concerted effort was made to strengthen ties with organizations such as Phi Mu Alpha Sinfonia, the Professional Fraternity Association and the National Interfraternity Conference. The Top Ten award designation was changed to the Chapter Leadership Award. The council established the J. Lee Burke Student Achievement Award to honor our third Grand President and recognize outstanding student leaders. A uniform Membership Education Program was adopted by the 1991 convention. The Immediate Past National President was added as an ex-officio member of the National Council. The staff position of Chapter Field Representative was created to assist with chapter visitation and education. The Distinguished Service to Music Medal was approved for Alfred Reed, Stanley F. Michalski, Jr., Max and Susan Mitchell, Hugh McMillen, James G. Saied and James K. Copenhaver. The A. Frank Martin Award was approved for James Wells, George Parks, Malcolm Rowell, Jr., Reid Poole, Eddie N. Green, Christopher Haughee and Gordon R. Goodwin. The J. Lee Burke Student Achievement Award was presented to James H. Dickson, Jr.

He and his wife Maribeth have two children, Jason and Sarah. 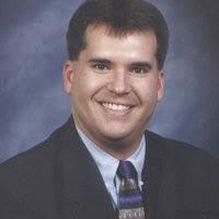 DR. KIRK RANDAZZO, National President 2001-2003 (Zeta Chi), from the University of South Carolina was elected National President at the 2001 National Convention in Corpus Christi, Texas. Kirk received his Bachelor of Arts Degree in Music and a Master of Arts Degree in International Relations from the University of South Carolina. Additionally, he received a Master of Arts Degree in Political Science and a Ph.D. in Political Science from Michigan State University. He is currently an Associate Professor of Political Science at the University of South Carolina. During his term of office the Fraternity continued to rely on strategic planning as a primary resource for developing long-term directives. At the 2001 and 2003 National Conventions, several strategic committees worked on creating out-of-the-box solutions to address important topics. Dr. Randazzo led the National Council in reviewing the materials from these committees and incorporating their ideas to further shape an enduring legacy for Kappa Kappa Psi. To this end he organized several strategic planning sessions for the National Council and Board of Trustees, and also organized a session which included the District Governors.

During the biennium two new programs were developed by the National Council as a result of those strategic planning efforts. First, the Service Showcase was created to recognize chapters’ outstanding service to bands and provide financial awards to those band programs. Second, the Diversity in Music Speaker Series was developed to invite prominent speakers to conventions with the goal of sharing their thoughts on band involvement. In addition to these two programs, the National Council continued its focus on leadership development and awareness of musicianship.

The 42nd biennial convention was held in July, 2003, in Norfolk, Virginia. During the convention a reunion of Past National Presidents was organized, bringing together presidents from across four decades. A reunion of Chapter Field Representatives also occurred. The National Intercollegiate Band was conducted by Don Wilcox and premiered the commissioned work Bandancing, by Dr. Jack Stamp. 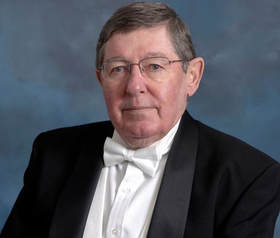 Mr. Copenhaver was highly active as a clinician, having served as a guest conductor, lecturer and adjudicator throughout the United States. Leading educational institutions have recognized him for his accomplishments in the areas of instrumental performance and music education. In recognition for his talents and service, he received the Citation of Excellence from the National Band Association, the Distinguished Service to Music Medal for Instrumental Music Education from Kappa Kappa Psi National Honorary Band Fraternity, and both the Outstanding Bandmaster Award and Outstanding Contributor to Bands Award from the South Carolina Chapter of Phi Beta Mu National Bandmaster Fraternity. In 2003, Mr. Copenhaver was inducted into the South Carolina Band Director’s “Hall of Fame.” Mr. Copenhaver was an active member in several professional organizations within the band field, including the prestigious American Bandmasters Association. He is a Past-President of both the National Band Association and the Southern Division of the College Band Director National Association. Mr. Copenhaver was the founder and co-conductor of the Palmetto Concert Band, an adult semiprofessional concert band that presented the Grand Finale Concert at the 1999 Midwest International Band and Orchestra Clinic.

Mr. Copenhaver retired in the summer of 2010 but continued to be a presence at the university. Mr. Copenhaver passed away on November 26, 2014. 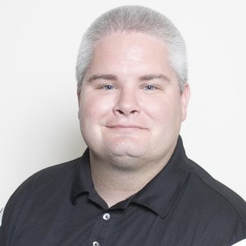 From 2010 to 2012, Evan served the fraternity as National Chapter Field Representative. In this capacity he acted as a consultant for active chapters and colonies with focuses in leadership development, conflict resolution, risk management, and membership education. In addition to campus visits, Evan represented the fraternity at national conferences including the Durward W. Owen Risk Management College, The Midwest Band & Orchestra Clinic, and the Texas Music Educators Association Convention. He was appointed Southeast District Governor in 2012, and as a member of the Curriculum Development Committee in 2013.
​
Professionally, Evan is the Band Director at Chestnut Oaks Middle School in Sumter, South Carolina. Professional affiliations include the National Band Association, the National Association for Music Education, South Carolina Band Directors Association, and South Carolina Music Educators Association. Evan is a Life Member of Kappa Kappa Psi and the University of South Carolina Alumni Association, and he is an honorary member of Tau Beta Sigma.